**Congrats to Susan Devaux for winning the DVD 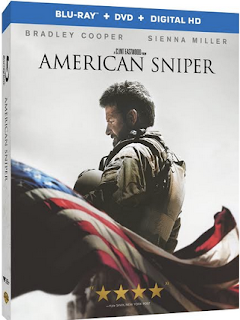 I often get the chance to review and giveaway products on my blog, but every once in awhile, something comes along that is extra-special, a true honor to be able to work on.

A couple of weeks ago, I was asked if I would like to do a review and giveaway for a movie that my son and I saw in the theaters. When we saw it, we were moved. Moved to tears, moved to do more, moved to pay attention to our surroundings... moved!!!

AMERICAN SNIPER is Clint Eastwood’s Oscar-nominated adaptation of Chris Kyle’s autobiography. It is moving and meaningful filmmaking, depicting the heroism of both the service member in combat and the family left stateside. It is not an easy film to watch, given its subject matter, but it is, I believe, an essential film to watch to help us better understand the cost, to those on the battlefield and on the home front, of the freedoms we hold so dear. That was a paraphrase from the person who offered me this opportunity, and his words said it better than I ever could.

The movie hits stores May 19th, just in time for Memorial Day. 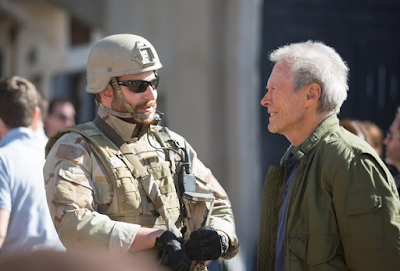 Warner Bros. are donating $1 from the movie sales to The Wounded Warrior Project whose mission is to enlist the public’s aid for the needs of injured service members, to help injured servicemen and women aid and assist each other, and to provide unique, direct programs and services to meet their needs.

I have spoken to many people who have or know someone who has served this great country and those who have seen combat and been involved. I know that lives are changed forever, and the struggle is more than I can ever imagine once our soldier return home.

I have one DVD to giveaway and one to give away to a veteran. I am giving the DVD to someone who served in the Marine Corps and is still very active with other vets. He was my high school softball coach and he pushed us but still taught us to be good people. He is and was very special to me.

Now I get to give one away to you. If you don't win the giveaway, an easy place to buy the DVD is on amazon.com link here: http://amzn.to/1zKw2VJ

A SYNOPSIS of the movie:
From director Clint Eastwood comes “American Sniper,” starring Bradley Cooper as Chris Kyle, whose skills as a sniper made him a hero on the battlefield.
But there was much more to him than his skill as a sharpshooter.
Navy SEAL Chris Kyle is sent to Iraq with only one mission: to protect his brothers-in-arms. His pinpoint accuracy saves countless lives on the battlefield, and as stories of his courageous exploits spread, he earns the nickname “Legend.” However, his reputation is also growing behind enemy lines, putting a price on his head and making him a prime target of insurgents. He is also facing a different kind of battle on the home front: striving to be a good husband and father from halfway around the world.
Despite the danger, as well as the toll on his family at home, Chris serves through four harrowing tours of duty in Iraq, personifying the spirit of the SEAL creed to “leave no one behind.” But upon returning to his wife, Taya (Sienna Miller), and kids, Chris finds that it is the war he can’t leave behind.

So how do you win? It is only open to US citizens
Giveaway ends Monday night at 10pm EST:
To win, you need to comment below and tell me why you feel blessed to live in this country. Then you can tweet the following and post the link to your tweet here.

Email ThisBlogThis!Share to TwitterShare to FacebookShare to Pinterest
Labels: american sniper, God bless the USA, military, proud to be an american, usa