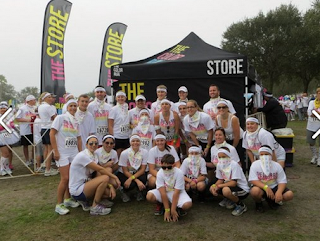 The Color Run has exploded since its debut last year with more than 2 million "likes" on Facebook and more than 7 million views on YouTube. The Color Run has recently been featured on ESPN, Runner’s World, Sports Illustrated andWall Street Journal, to name a few. 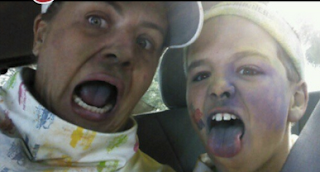 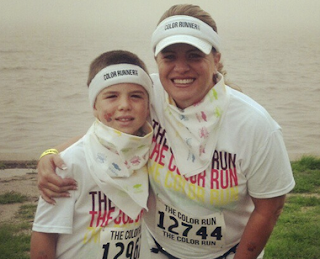 With no winners or official times, The Color Run celebrates healthiness, happiness, and individuality, bringing the community together to create a five-kilometer canvas of colorful fun in which thousands of participants are doused from head to toe in different colors at each kilometer.
Last year, Bryce and I ran our first color race in St. Petersburg. It was so much fun.
This January, 26, Bryce and I will run it again! We are thrilled to be a part of it! We will be running in Clearwater, Florida!

CHECK OUT THEIR WEBSITE FOR A RACE NEAR YOU!
http://thecolorrun.com/
If you enter the code: COLOR5OFF you can save $5! 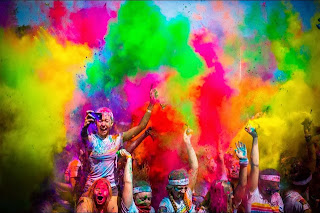 Announcing the 2014 Kaleidoscope Tour! We're hitting your cities like never before... Amazing new participant gear, Fresh music, and Color crazy race attractions. This is 5K Magic like only The Color Run can do.

“We call The Color Run the ‘happiest 5K on the planet’ because our events bring together friends and family in a unique, healthy, and fun environment,” said Travis Snyder, founder of The Color Run. “Our only rules are that people wear white and prepare to be covered in color at the finish!”
The Color Run visited over 50 cities last year with more than 600,000 participants, a feat following their first event in January of 2012. They plan to make 2013 a stellar year, launching more than 170 events with well over 1 million participants.

“Color Runners,” as they are called, vary in demographics and reasons for running. With no winners or official times, The Color Run caters to anyone – first time runners to professional athletes. Over 60 percent of Color Runners are first-time 5k runners and participate as a celebration and capstone of their healthy living accomplishments.