Independence Day!!!
After 7 Years of Finding Myself, I think I am doing pretty well! 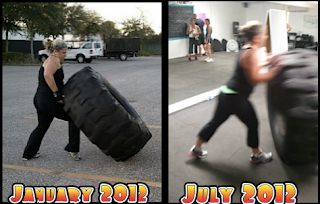 I was with my son's father for almost 10 years. We had only been married for three, but right after my son's second birthday, I started noticing the way I was being treated. I realized that I was allowing someone to verbally abuse me. I lived in fear. Not fear of being hit... I remember wishing he would hit me. I remember cowering in the corner of our walk-in closet while he stood over me screaming. I remember the spittle coming out of his mouth and his pulling his arm back to hit me. I also remember him laughing, a terribly evil laugh as I flinched. He would say, "I'm not going to hit you!" And walk away. Even writing down those words brings tears to my eyes. Unless you live through that terror, you will never understand what it does to your soul.

My biggest revelation was while I was watching Oprah. She had a woman on, and she was talking about verbal abuse. They had a hidden camera in the house to show how cruel Eddie (the husband) was. At one point in the video, the wife, Kim, said she would fear the time of day when she knew Eddie would be home. I remember thinking in my head, "Who would stay in a relationship like that?"

It was at that exact time that I remember looking at the clock. It was 4:22 pm. I knew my husband would be home around 4:30. I shot up and started frantically cleaning and thinking of what to prepare for dinner. My thoughts turned to, "Oh no, he's going to be mad the house is a mess! He's going to wonder what I have been doing for the last 30 min. since I have been home. Why Am I so stupid! I know better!"

Suddenly, I stopped dead in my tracks. There were tears rolling down my face. I sat on the couch and watched the rest of the show. For some reason (maybe God intervened! Who knows) he was late coming home from work that day. As I watched, I realized that I was living as horribly as Kim. When the show, Emotional Torture originally aired, it was Oct. 4, 2004. I didn't leave my marriage until Oct. 26, 2005. It took my son sitting in his high chair saying, "Stop it Daddy, that's my mommy!" for me to realize that I was damaging my son's life too. And honestly, even when I left, I didn't really plan to leave forever. I truly believe God steered my car to my parents house that night! It's pretty amazing how the chips fell.

It's almost comical right now because I am apprehensive about even writing this because I feel like it couldn't have really been that bad. But it was. I have video to prove it. I used to video him during his rants because it would make him stop. Toward the end of our relationships, he kept going even with the camera on. I have not watched the last evening's video in years. I am not sure why I have held onto it. For some time I worried that my son would be angry at me for leaving and his dad would try to turn him against me. I always thought I would have the video to prove it wasn't me who destroyed our family. In my seven years of freedom and peace, I realize that I would NEVER show my son that side of his father. I pray for his dad daily. I pray for him to be a better man and a better husband and father to his new family. I pray that he already is.

For me, I am single and truly happy. I always thought I would get married right away. I didn't want to be alone. And truthfully, I would like to find someone great to share my life with. But for now, I am sharing my life with a 9 year old who keeps me busy and makes me laugh. We have a pretty good thing going these days. I have realized that when a marriage or a relationship ends, it is important to be alone. Everyone needs to heal and figure out who he or she is. For me, it took a little over 6 years for me to find the woman in me who wants fitness and health in her life. I have been happier in the last 9 months than any other time in my life. I wish I had found fitness and the fitness community 7 years ago, but this has been my journey, and now it's Mindy's Fitness Journey!
Posted by Mindys Fitness Journey at 10/27/2012